Banks Are Easing Lending Conditions for Commercial and Industrial Loans

Banks Are Easing Lending Conditions for Commercial and Industrial Loans 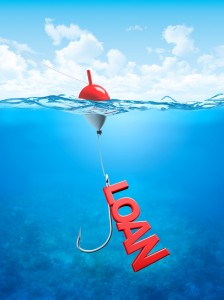 According to a recent report from the Fed, banks have been easing their lending standards and are experiencing stronger demand in most loan categories in the past three months.  About half the respondents reported stronger demand for commercial real estate lending.  This is good news in light of the spike in market interest rates after the Fed officials announced that they may be soon curtailing the pace of their bond-buying stimulus.  There were fears that the rise in interest rates would hurt residential and commercial lending.  It makes sense that higher interest rates would increase lending.  If you offer me a higher interest rate, I might consider accepting a higher risk.  What a mind blowing concept.  Still, ten-year treasury note yields, are now hovering around 2.65 percent.  Although this up a full percentage point in the past three months, it is still unbelievably low.  Part of the reason it is so low is that the Fed keeps buying $85 billion in treasury and mortgage securities per month to try to bolster a weak recovery.  The world is a complicated place, but there is room to argue that maybe the government should meddle less, allow interest rates to rise, and let the banks go back to do what they should be doing; lending money to businesses and property owners at realistic, competitive rates.