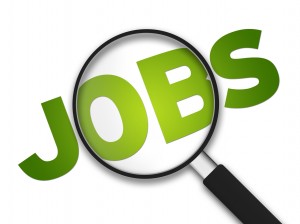 We only gained 162,000 jobs in July.  Unemployment dropped to 7.4% but that was largely from frustrated people giving up on even trying to find a job.  According to the government, you aren’t unemployed unless you are actively seeking work.  For some reason, the Fed is apparently more interested in this unemployment rate than total payroll numbers.  Thus, it seems that if we could just convince some set number of people to stop looking for work, our unemployment rate would drop to a healthy 5%, and the Fed would then feel the economy was rosy enough to no longer need their help.  Obviously, within any news article on the subject they have to admit that economists don’t agree on what the Fed will do or whether any given jobs report is a good thing or a bad thing.  In a way, we can find that comforting.  It appears no one knows what they are doing, even if they appear certain that they are.  If no one really knows how to fix this thing, then doing nothing might be the best thing.  We are blessed with a congress that excels in doing nothing better than any elected body in the world.  So, we are in luck.  Maybe with a little less fiddling, mandating, and regulating, why the government might get out of the way enough for business people to allow the economy to heal its self. Just a thought.
By Cheryl Foley| 2013-10-15T14:20:38+00:00 October 15th, 2013|Surety Blog|Comments Off on Disappointing Jobs Numbers In July Might Force Fed to Continue Quantitative Easing