Good News from the House in Congress

Good News from the House in Congress 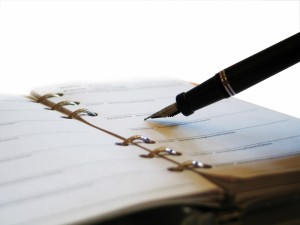 The article states that  “On December 3, 2014, the House of Representatives made the latest move in this year’s tax extenders drama, passing a bill that would extend numerous expired tax provisions through the end of 2014. H.R. 5771 (12/3/2014).

Titled the “Tax Increase Prevention Act of 2014”, the House bill would extend retroactively for one year, through the end of 2014, virtually all of the tax breaks that had previously been temporarily extended by the American Taxpayer Relief Act of 2012 (ATRA). In addition to the extensions, H.R. 5771 corrects numerous technical and clerical errors in the tax code, as well as eliminating many superfluous provisions (known as “deadwood”).

To become law, H.R. 5771 still needs to pass the Senate and be signed by the President.

The following is a summary of the House bill’s key provisions and a brief recap of the Senate and White House reactions. For a complete synopsis of the bill, see the Ways and Means Committee Tax Staff Summary of H.R. 5771 (available on the Parker Tax Pro Library site).

H.R. 5771 would extend eight tax relief provisions for individuals through the end of 2104. Of the more notable provisions:

Section 102 of H.R. 5771 would extend the exclusion from gross income from the discharge of qualified principal residence indebtedness.

Section 104 of the bill would continue the treatment of qualified mortgage insurance premiums as interest for purposes of the mortgage interest deduction. This deduction phases out ratably for taxpayers with adjusted gross income between $100,000 and $110,000 (half those amounts for married taxpayers filing separately).

Section 108 would extend the exclusion from gross income of qualified charitable distributions from IRAs of individuals at least 70 1/2 years of age. The exclusion is for up to $100,000 per taxpayer per year.

(2) Deduction for expenses of elementary and secondary school teachers.

(5) Special rules for contributions of capital gain real property made for conservation purposes.

H.R. 5771 would extend forty-one tax relief provisions for businesses, including the research and development tax credit, bonus depreciation, and increased expensing limitations and the treatment of certain real property as Code Sec. 179 property. A rundown of the more important provision follows.

Section 111 of H.R. 5771 would extend the research and development tax credit, which generally allows taxpayers a 20 percent credit for qualified research expenses or a 14 percent alternative simplified credit. Although this provision would reduce revenues by $7.629 billion, it comes with strong support from both sides of the aisle.

Section 125 of the bill would extend 50 percent bonus depreciation to property acquired and placed in service during 2014 (2015 for certain property with a longer production period). This provision would continue to allow taxpayers to elect to accelerate the use of AMT credits in lieu of bonus depreciation under special rules for property placed in service during 2014. The provision would also continue a special accounting rule involving long-term contracts and a special rule for regulated utilities.

Other notable tax breaks that would be extended through the end of 2014 include:

Section 151 of the House bill would extend the credit for purchases of nonbusiness energy property (a.k.a. residential energy credits). The provision allows a credit of 10 percent of the amount paid or incurred by the taxpayer for qualified energy improvements, up to $500.

Section 156 of the bill would extend the tax credit for manufacturers of energy-efficient residential homes. An eligible contractor may claim a tax credit of $1,000 or $2,000 for the construction or manufacture of a new energy efficient home that meets qualifying criteria.

Under current law, there are numerous provisions that relate to past tax years (and generally are no longer applied in computing taxes for open tax years), involve situations that were narrowly defined and unlikely to recur, or otherwise have outlived their usefulness. These types of provisions are often referred to as “deadwood” provisions and H.R. 5771 would repeal these current-law deadwood provisions. This repeal generally would be effective on the date of enactment, although the tax treatment of any transaction occurring before that date, of any property acquired before that date, or of any item taken into account before that date, would not be affected.

For a fairly tame piece of legislation that passed the House with overwhelming bipartisan support, H.R. 5771 received a surprisingly vitriolic initial response from the Senate, which had stalled on its own tax extenders bill earlier this year.

The Expiring Provisions Improvement Reform and Efficiency (EXPIRE) Act of 2014, which would have extended tax breaks for two years, was passed by the Senate Finance Committee but was blocked when it reached the Senate floor in May. Aside from the two-year time frame, the Senate bill is nearly identical in substance to the House bill.

Despite members’ dissatisfaction with the House version, it appears likely that the Senate will vote to pass the year-long extension. A top Senate Democrat suggested that they may have little alternative but to accept the House’s plan, as time is running out and a mindset that one year is better than none is setting in. According to Treasury Secretary Jack Lew, the Obama administration is open to the short term deal.

If the Senate does follow the House and passes the one-year bill and the President signs it into law, Congress will have set itself up to revisit the extenders again in 2015.”