The Minimum Wage in Florida Went Up on January 1st, 2014

Home/Surety Blog/The Minimum Wage in Florida Went Up on January 1st, 2014
Previous Next

The Minimum Wage in Florida Went Up on January 1st, 2014 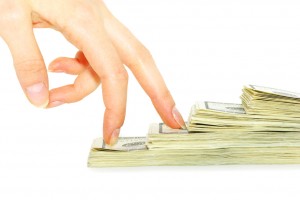 On January 1st, 13 states raised their minimum wage.  The Federal minimum wage is still $7.25 per hour.  Florida has raised its minimum wage to $7.93.  Florida is one of 21 states to have a higher state minimum wage than the federal requirement.  It is expected that as many as 14 more states will follow suit and raise their minimum wage above the federal minimum by the end of 2014.   There is concern that higher minimum wages might lead to layoffs and higher unemployment.  If a business has increased cost which they can’t pass onto the consumer, they will have to find a way to make the same product at a lower cost.  Those who are for higher minimum wages are those who cite that most of the new jobs created in the past four years have been in the low wage category, and increases in the minimum wage over the past four years has not kept up with inflation.  With a shortage of skilled workers, construction workers are seeing increases in wages because of increased demand for their labor.  We have heard stories that there is pressure to increase wages for many local trades such as electrical and drywall.  In fact, it is expected that inflation in wages in construction is expected to be much steeper than other trades because so few young people are preparing themselves for the skilled trades.