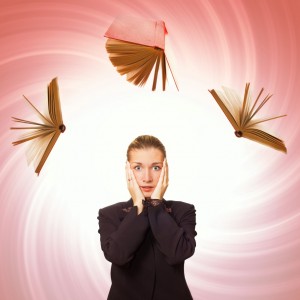 Since the late 1990’s the Veteran’s Administration has been using reverse auctions as a contracting process to promote competition by having the agency buyer solicit bids from multiple sellers.  This is different from a standard auction where a seller solicits bids from multiple buyers.  In a reverse auction, you keep lowering and lowering your price on line until you either drop out or win the auction.  People we know who have experienced this process have mentioned that “usually Stupid is the one who wins.”   The GSA started last July in using this process to procure supplies or commodities rather than complex services.

Our Congress cannot accomplish much, but they can spend their time and our dollars to investigate.  They took two full years to investigate whether reverse auctions was a good process to procure goods and services.  They found that one third of the reverse auctions in 2012 had no interactive bidding, and agencies paid $3,900,000 in fees for those auctions.  The Veterans Affairs have temporarily suspended using reverse auctions until they could study the matters.  We wonder if all these studies and investigations might cost more than any perceived savings.  Rep. Richard Hanna, R-NY, chairman of the House Small Business oversight subcommittee stated that the Veterans Affairs should “start by prohibiting the use of reverse auctions for bidding on construction contracts.”  We agree.

In something that can only happen in government, the VA uses a sole contractor, FedBid, Inc., to run the auctions.  Get this, Fedbid, Inc. sold their service to the Government on the basis that they wouldn’t cost the Government money.  They simply add a 3% fee to the winning bidder’s contract price which the government pays.  But in the government’s mind, that is free.  So, in one third of the auctions of 2012, there was only one bidder who still had to add 3% to his fee for the privilege of using Fedbid, Inc.  Apparently, almost half of the reverse auctions were used to obtain items from pre-existing contracts that often meant agencies paid two fees – one to the use the contract, and one to FedBid, Inc.  At this, we all give a deep sigh.  Lord, save us from the government that runs the Country we love.