All Aboard Florida to Add $6.4 Billion to Florida’s Economy Over the Next Eight Years

Home/Surety Blog/All Aboard Florida to Add $6.4 Billion to Florida’s Economy Over the Next Eight Years
Previous Next

All Aboard Florida to Add $6.4 Billion to Florida’s Economy Over the Next Eight Years 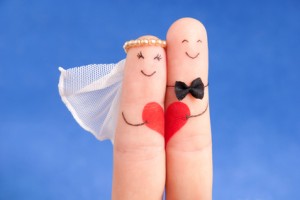 In the days of drones, Ipads, and Google Glasses, who would have thought that trains would be making so much news this year in Central Florida?  They certainly are.  There are four planned stations for All Aboard Florda.  They are in downtown Fort Lauderdale, downtown West Palm Beach, downtown Miami, and the Orlando International Airport.  After construction is complete, it is expected that 5,000 jobs per year would be created through 2021.  Most of the those jobs would be created around the four stations.

All Aboard Florida is hard to even imagine.  It is a subsidiary of Florida East Coast Industries.  That is the same company that Henry Flagler started in 1877.  Flagler, a partner  with John D. Rockefeller in Standard Oil, built the tracks along the Florida East Coast that this new train is going to run on until it turns toward Orlando at Cocoa.  They plan to start the trains in 2016.  Now, get this, they would run 32 passenger trains daily between Miami to Orlando.  Thirty-two trains daily?  Really?!  If they run 24 hours a day, that would be more than one train every hour.  If they only run during the day, that could be one train every thirty minutes or less.  The trains will be faster than cars.  The trip from Miami to Orlando will take 3 hours.  From Fort Lauderdale, just 2 hours and 20 minutes.  You will be able to get from Orlando to West Palm Beach in 1 hour and 45 minutes.

Is everyone for it?  Maybe not.  Some folks living along the track are going to have to deal with all the noise and very frequent traffic interruptions at railroad crossings.  They are adding 32 trains every day.   It sure feels like we are starting to think big again here in Florida.  With trains we have something Old, and with the Northrup announcement of building the new B-1 bomber in Melburne, we have something new.  All we need now is something borrowed and something blue to have that lucky marriage of jobs and prosperity going into the future.