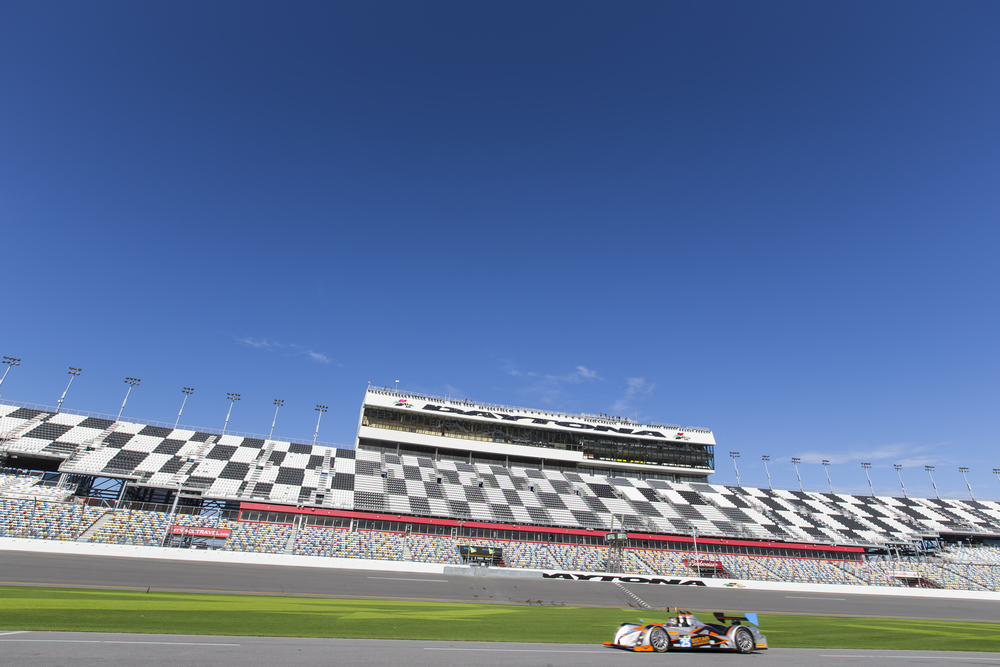 Workers are racing to meet the January 12th deadline for the new Daytona Rising stadium.

If you were to look at the stadium from International Speedway Blvd., all might look ready to go, but there is actually still a lot left to do! Barton Malow project director Len Moser said work slowed for the Thanksgiving holiday weekend. With that now over, the number of workers on site has jumped back to 700. The primary areas that still have work to be done include seat installation, completing the Midway area (the area directly behind the grandstand), decorating the fan injectors to the sponsors’ liking and finishing work inside the new tower.

The old tower had ‘Daytona’ as its signature badge; the new sign reads “World Center of Racing,” which is the Speedway’s tagline. Speedway President Joie Chitwood III  said “the word ‘Daytona’ has been so iconic on the track-side of the old tower.” “The new tower is so much longer now that ‘Daytona’ really didn’t fit.” “Since we have the Speedway’s name facing outside, we thought it was appropriate for a different sign for the track-racing side of the tower. The ‘World Center of Racing’ fit that space very well.”

The new stadium will have five primary entrances, which the Speedway calls fan ‘injectors’. Four of the five injectors are sponsored and those companies are working with Barton Malow to get their signature designs in place. These are things you don’t see very much of when driving by on Int’l Speedway Blvd. It’s the little details like that that still need to be completed. When the fans get into the new stadium, they will have a much different experience than they did during the July race.

Once the property is finished and turned over to Chitwood’s team, the Speedway will have about two weeks to get the stadium ready for it’s first event. The first event that will utilize the entire new facility will be the Rolex 24 on January 30-31.