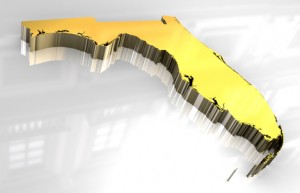 Florida is continuing to demonstrate its competitiveness in the economic development areas. States across the country are vying for relocations, expansions, and be the location for head offices of the most well-known companies in the world.

This year, there have been some definitive steps bringing Florida to the forefront of consideration for businesses. Florida won twelve projects in 2013 that will bring at least 9,300 jobs and about $1.2 billion capital investment to the state over the next few years. In addition, Florida is the 21st largest economy in the world and has the fourth largest GDP in the US, and out of the 50 States, Florida has the 5th best business tax climate.

Signs are now pointing to an economic rebound as unemployment continues to move downward. Home-builders are once again starting new projects, visitors are frequenting the state in record numbers, and major regional and foreign bankers are establishing business operations across the state.  In addition, thanks to the state’s simulation industries and military operations, technology is also making headway as the market expands and start-ups are starting to blossom.  The Healthcare industry is also drawing in new players to Florida; major entities that will hopefully attract other businesses that want to partner in research and development.

There is good & bad news in all of this. Bad – we are still not fully back to the pre-recession levels in some aspects and the lower paying service sector jobs are still making up a significant portion of the local economy. The Good – we are making decent progress on bringing in more high-wage, high-skilled jobs and workers in an effort to diversify our economy.

The Economy still has some hurdles to overcome, but has come far in the past year.