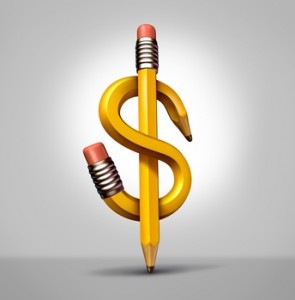 For decades, the Public Education Capital Outlay (PECO) fund has been funded by taxes hidden in your telephone, electricity, and cable TV bills.  10 years ago, this provided over $1 billion for school construction and maintenance.  It provided 25% of all expenditures on school facilities.  But, that is not true anymore.  As more and more people replace their landline phones with cell phones, and cut back on cable TV and electrical consumption, the PECO fund has transformed into a fund that is almost out of money.  There is no money for traditional public schools.  In Miami-Dade alone they have over $2 billion in maintenance and repair needs that are not currently being met.  PECO used to help those needs.  The State University systems has a current maintenance balance of $850 million.  The House recently agreed to move some money around so there would be $382 million in the PECO fund.  Of that, $300 million would be for state colleges and $55 million would be for charter schools.  There is no money for traditional public schools.  The theory is that traditional public schools can levy property taxes but charter schools cannot.  This is a short term solution.  The Senate doesn’t want new taxes and fees so it is difficult to find a way to recover the lost revenues that used to flow in from telephone lines and cable service we no longer use as much.