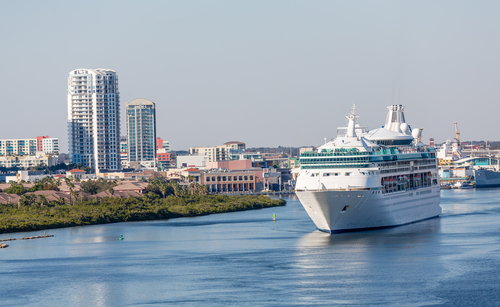 On Thursday, Port Tampa Bay officials unveiled a master plan for the various businesses within and surrounding the port. “Vision 2030” maps out the growth and new development for the next 15 to 20 years. The new plan aims to help Port Tampa Bay grow not only by establishing new business but also building upon its existing industries.

Construction costs are estimated at $148.5 million. They plan to invest about $1.4 billion to dredge deeper channels, build new warehouses and expand existing warehouses across the Port of Tampa Bay. Another $240 million will go toward a four-phase project aimed to build new docks by using fill from the dredging they are doing in the channels to create more land mass on the east side of the port property. They will also put hundreds of millions of dollars into the Hooker’s Point Terminal and Port Redwing so they can build a refrigerated warehouse and expand docks and operations there as well.

The ultimate goal is to beef up every aspect of the Ports business. They want to be the gateway to Central Florida; increase their status as a top cruise destination and serve the growing number of distribution centers that are being built along the I-4 corridor.

Construction could begin as early as next year. Sounds like some great opportunities to come in the Tampa area!