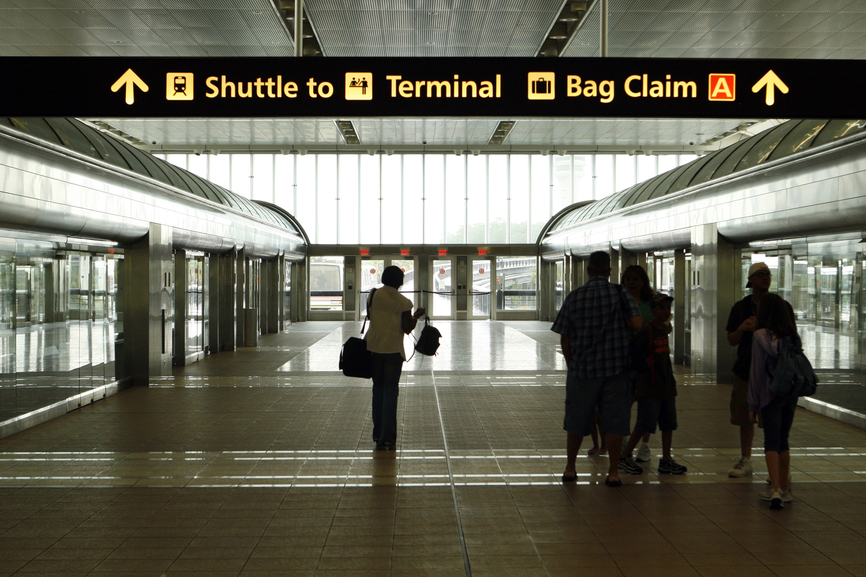 Construction is set to move forward on the $1.8 billion South terminal at the Orlando Int’l Airport, even after objections from two large airlines. Leaders at the airport expressed that the airport is growing, especially with the addition of more international carriers; making the expansion necessary. This week, architectural consultant SchenkelShultz will get started on assembling a team to work on the terminal model.

The new South terminal will be built about a mile south of the existing terminal and is planned to operate for domestic and foreign visitors, which is currently the fastest growing portion of the airport’s business. Currently, the airport is handling more than 36.4 million passengers, closing in on the record of 36.5 million set back in 2007. Approximately 4.4 million of the visitors are from out of the country. If this current growth continues, the airport could get a record breaking 38,500,000 passengers next year.

Two of the airport’s busiest airline carriers oppose the expansion. Southwest and Delta Airlines, argue that the new terminal is too expensive and unnecessary. They are concerned about project costs which can ultimately drive up their operating costs, making it difficult to keep fares low for their customers. Many of the other airlines, however, think the expansion is a good idea. In addition to the new South terminal, the airport will improve the U.S. Customs and Border Protection area where passengers check in, which handles much of the international travel. All of the work will be financed through a combination of bonds, grants, and loans from the federal and state governments in addition to a $4.50 fee on every ticket into and out of the airport.

If all goes as planned, the new terminal could open in 2019.