Home/Surety Blog, Uncategorized/Panama Canal Completion Might Depend on Surety Bonds
Previous Next 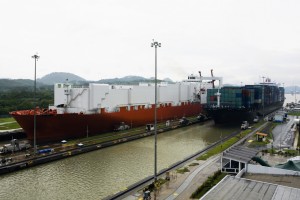 In case you haven’t heard, there are big things happening at the Panama Canal.  It is being made deeper and wider.  If you understand the country and the terrain, that is not as simple as it sounds.  Not surprisingly, it is taking the contractor longer than he first thought to complete the project.  Not surprisingly, the country of Panama has decided to make a number of changes throughout the project.  So, what do we end up with?  A dispute.  A very large dispute.  It doesn’t help that the contractor was one billion dollars lower than the second bidder on this $3.5 billion contract.  The contractor cannot continue working until he has more funds.  Panama has no more funds, but demands that the contractor completes the project as per his contract.  Panama, being an owner with no more money, is now blaming the contractor and expecting him to accept all responsibility.  Panama is threatening to place the contractor in default and call in the surety bond.  It is a big bond.

They appear to have reached a painful deal.  Zurich is to transfer its entire surety bond into debt as a financing mechanism to help cover a loan to complete the work.  As of today, work has been stopped for about 14 days while they await the funds to be received from Zurich.  The contractor is a consortium called Grup Unidos por el Canal (GUPC) led by the Spanish firm Sacyr.  It’s a pretty big problem.  Because there is a surety bond involved, as least the parties have options.

The project was awarded to GUPC for the third locks project in 2009.  The Panama Canal was designed in 1904 for ships with an 875 foot length and 92 foot beam, is too small for modern ships that are three times that big, making a third set of locks essential.