San Francisco Bay Bridge Was No Bargain When Inexperienced Chinese Company is Hired.

Home/Surety Blog/San Francisco Bay Bridge Was No Bargain When Inexperienced Chinese Company is Hired.
Previous Next

San Francisco Bay Bridge Was No Bargain When Inexperienced Chinese Company is Hired. 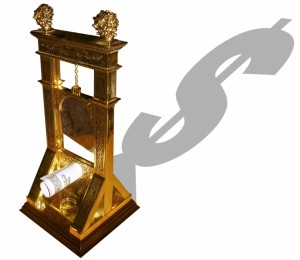 According to an article in the San Francisco Gate, California Transportation Officials hired a Chinese company that had never built a bridge to make key components of the San Francisco-Oakland Bay Bridge’s eastern section. Zhenhua Port Machinery, based out of Shanghai, was the subcontractor chosen to make the bridge’s new signature tower and roadway for about $250 million less than the next lowest bidder.  Caltrans (California Department of Transportation) ended up exceeding the low cost budget they were hoping for by paying the company millions of dollars as an incentive to speed things up, and millions of more dollars to fix problems found with their work; ultimately leading to the bridge’s $6.4 billion price tag.

Zhenhua’s inexperience with United States construction rules became apparent early on. Caltran worker’s voiced concerns with quality controls and the oversight being provided by the project’s prime contractor. Rather than risking delays, officials approved welding work that did not meet codes and will most likely need expensive maintenance to overcome. The chief engineer for Caltrans who oversaw the project said the initial concerns about Zhenhua made officials extra alert.  The chief engineer claims Zhenhua had produced excellent results. Two engineers who worked on the project, one for Caltrans and one employed by another contractor, stated they were reassigned after they voiced objections about Zhenhua’s work. They did not think the new bridge span was unsafe, but the numerous construction mistakes could lead to expensive repairs in the future. This project was so mishandled by Caltrans, it seems they are just about incompetent enough now to go work for the VA.

This also serves as a reminder that sometimes the cheapest option isn’t always the best.