The Burden of Poor Design Weighs Heavy on Contractors

The Burden of Poor Design Weighs Heavy on Contractors 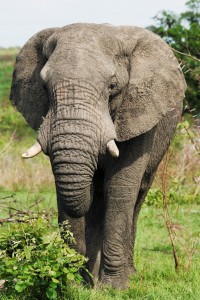 At any recent gathering of general contractors, a common theme has been that they are being presented with plans that are so incomplete and improperly drawn that the project would be unbuildable.  Yet, so many are hungry for work, that they bid the job with the hopes of coming to a reasonable resolution with the owner and design professional after they get the job.  On rare occasions, this strategy works well.  In most cases, as you know, they end up with a project filled with finger-pointing as to who is responsible for the additional costs and delays to complete the project in a matter satisfactory to the owner.

The general contractor can try to rely on the Spearin Doctrine which states that the owner impliedly warrants the information, plans, and specifications which an owner provides to a general contractor.  The contractor should not be liable, under the Spearin Doctrin, to the owner for loss or damage which results solely from insufficiencies or defects in such information, plans, and specifications.  This doctrine was created by the United States Supreme Court way back in 1918 in the landmark case United States v Spearin.  It would seem that this question should have been resolved after all this time.  Yet time and again, we hear of good general contractors who are being asked to incur significant costs because of poor design.

It is possible that the problem has become more frequent since the Great Recession because owners lack money to pay design professionals adequately to end up with a reasonable work product.  But the legal club that comes back to hit the general contractor is the legal term “reasonably inferable”.  Generally, the contractor is required to perform not only the work described in the contract documents, but also work “reasonably inferable” as necessary to produce the results indicated by the contract documents.  When the documents show electrical conduit, for example, it is expected that the contractor should infer that the conduit is to be attached to the wall.  The method of attaching the conduit to the wall should comply with applicable code requirements.  As the plans get worse, the definition of “reasonably inferable” becomes much broader in an attempt to entangle the general contractor into such a term.  Yet, that is not how it is supposed to work.  Any work not indicated by the plans and specifications are supposed to be “incidental” to the work that is indicated.  If the work not indicated in the plans and specifications involve considerable extra cost or involves design work that requires a submittal, it is supposed to not be considered “reasonably inferable”.  So, Mr. Attorney, how do you define “considerable extra costs” or “additional design” especially when big numbers are being thrown on the lap of the design professional and owner?  Too often, reasonably inferable arguments become a sledge hammer where the owner can threaten significant legal expense to force the general contractor to eat some or much of the additional costs created by the poorly designed plans.  So, a general contractor shouldn’t enter into a contract where the plans are poorly designed expecting the change orders should be reasonably obtained due to the “Spearin Doctrine”.  Only the naive always believe in happy endings.  Instead, such contracts, if entered into, should be heavily documented, and managed with the most competent supervision with the expectation that you will be well-armed for the legal dispute at the end that will certainly come.   If you are a small contractor entering into a small part of a very large, poorly designed project, just remember that when elephants dance, grass gets trampled.