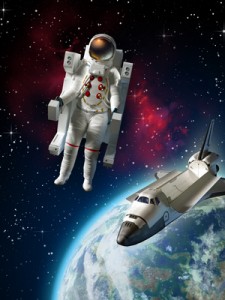 Earlier this week, NASA named the two companies that will allow the United States to resume using astronauts in space explorations. Boeing and SpaceX were the winners, beating Sierra Nevada Corp.  Worth up to a combined $6.8 billion, the contracts include at least one crewed test flight to the station, then between two and six operational flights of four-person crews.  U.S. crews have been relying on Russia for rides to orbit since 2011 at a cost of $70 million per seat.

NASA Administrator Charlie Bolden said during yesterday’s announcement, “the greatest nation on Earth should not be dependent on any other nation to get into space…today we’re one step closer to launching our astronauts from U.S. soil on American spacecraft and ending the nation’s sole reliance on Russia by 2017.”

With this new development in the space program, the Space Coast economy should see a boost over the next several years.  In addition to launching NASA crews more safely and affordably than shuttles could, it’s hoped the new commercial spacecraft will open a market for flights of non-NASA astronauts to low Earth orbit, possibly someday to private space stations.  Both Boeing and SpaceX have already invested significant time and resources into establishing commercial crew operations here in Florida.  Boeing plans to base its Commercial Crew Program headquarters here, adding up to 550 local jobs.  SpaceX has not discussed jobs potential as of yet.